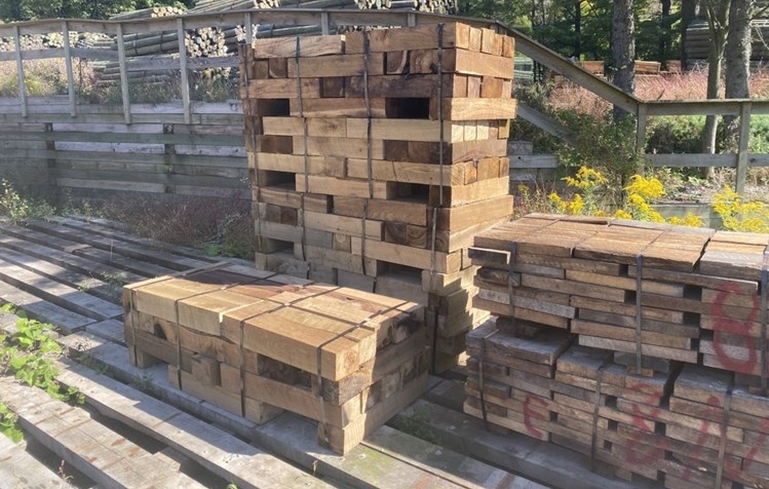 Schroth Industries Inc can trace its roots back to Walter A Schroth Sr., who started cutting mine props for the Rochester and Pittsburgh Coal Company in the late 1920s.  R & P Coal Company was the largest coal company in Indiana County throughout its history and a dominant economic engine for the community, until its demise in the late 1990s.  By the start of WWII Walter A. Schroth Jr. had joined the company, which was now operating 3 small, woods operated sawmills, again supplying the timber needs of “The Coal Company”.

Throughout the 1990s as R & P began its decline and subsequent overtaking by Consol Energy, Schroth Industries sought to further diversify its customer base by servicing the small local coal mines.  In 2001, we began a long-term strategic partnership with Kencove Farm Fence entering into a TSO arrangement that continues today.  As the treated lumber market began its phase-out of CCA, Schroth Industries lost its competitive niche, as the market also moved away from the use of water repellants as a cost-cutting effort. During this same time, Rosebud Mining Company began to emerge as the predominant coal producer in the local area having bought up the R & P coal rights as well as the purchase of many of the smaller coal mine operators.   Unfortunately, their relative rise was short-lived.  By 2015 Rosebud underwent a major retrenchment as both the new Clean Power Regulations and the competitive forces of the region's abundant natural gas supply began to impact the coal mining industry.

Currently, Schroth Industries is actively seeking state approvals to enter into the guard rail and sign most markets in the 4-5 states surrounding Pennsylvania. Schroth Industries has three operational treating cylinders, 2 – 6' x 36' and one 6' x 60', and uses two preservatives, CCA and NW-CA.