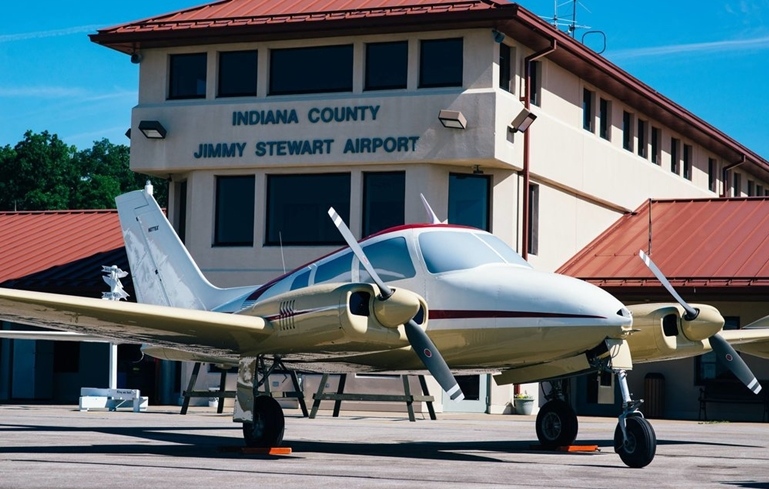 The area’s original airport first opened May 11, 1929, as the privately owned Hamilton Field in a clearing about two miles east of Indiana Borough in White Township. A new field was opened in 1949 about one mile north of Hamilton Field and was operated by Indiana Borough. The new field was sold to the County of Indiana in 1957 and was declared a public facility on September 18, 1959.

The Indiana County airport is named for Indiana’s native son, Jimmy Stewart, best known as an Academy Award-winning actor. Stewart also served as a squadron commander in the U.S. Army Air Corps and flew 20 combat missions in Europe during World War II. He remained in the Air Force Reserve after the war and retired in 1968 as a brigadier general.