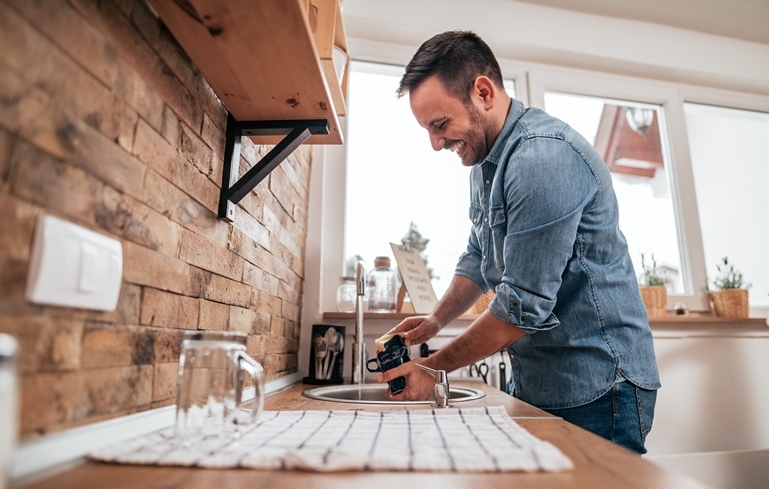 April 23, 1973, the Indiana County Commissioners incorporated ICMSA under Pa. Municipal Authority's Act. Shortly thereafter Robert Kunkle was named temporary Chairman. In June 1973 a resolution was made to purchase the Kolvalchick Water Company serving 11 coal mining communities in the central part of the County.

1974, ICMSA raised water rates from $2. a month to $8 a month and had an operating budget of $100,000 which compares to a total operating budget of 6 million dollars in 2013. An Executive Director, Michael Duffalo was hired and an application was made for 3.5 million dollars with the FmH to renovate Water Systems I. From 1976 to 1978 ICMSA was busy building new water systems.
1978, ICMSA begins a sewage department and new sewers were provided for Robindale, Aultman, and Iselin. In keeping with its mission, ICMSA becomes the administrator for the newly created Indiana County Sewage Enforcement Agency which administers the septic program as well as municipal planning. ICMSA expands and currently owns and operates 15 Sewer Systems.

1982, ICMSA takes on the Water Renovation II with the Rossiter, Pine Twp, Arcadia, and Creekside water projects. Gibson-Thomas Engineering is retained to assist ICMSA with all of its new projects. We now own and operate 9 Public water systems including the Crooked Creek Plant which was finished in 2005. We currently have 4600 water customers serving 12,000 people and 3600 sewer customers serving 9,500 people.

2007 thru 2012. ICMSA successfully applies for, receives, and renovates 54 million dollars worth of water and sewer projects. Through its 40 year history, ICMSA has developed 129.5 million dollars of infrastructure. With the 3 million dollars that will be required for the corrective action plan for the water systems in 2013, ICMSA through its funding partners will have invested $132,500,000 in Indiana County.